We left the Art Institute and took a short walk to the Russian Tea Room. Even though they are booked for months in advance, Mary Fons knows people 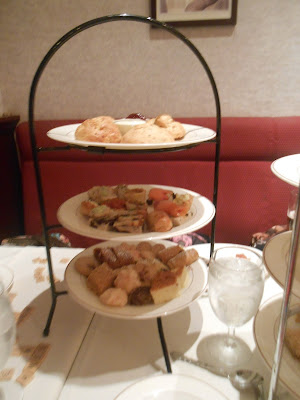 But -- really -- nothing will ever top this.

Saturday has already been JAM-PACKED, right?   You might think it was almost over....but you would be wrong...our next activity was perhaps my personal favorite of the entire weekend.

The Splendid Sampler™ is an internet sew-a-long created by Pat Sloan and Jane Davidson. It is an EPIC sew along...
The new block designs come out twice a week....on Sunday morning and Thursday morning.

And that's very impressive, right?? To do TWO new blocks the same week the designs came out?? yes, Sandy -- VERY IMPRESSIVE...
GOOD JOB, GIRLS. But, alas, for some of us -- this wasn't the week for quilting. I had a little girl to take to Chicago...and LK had a book to read.

So, after our ride on the City Bus -- we arrived at The Art Institute. Because of the Van Gogh exhibit, there were hundreds of people in line on this beautiful Saturday...that long line was TWO BLOCKS LONG... 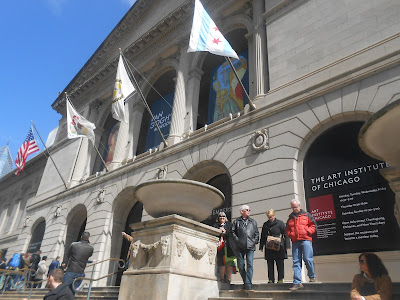 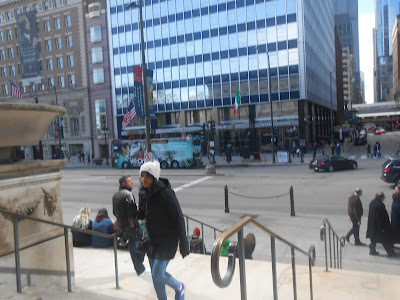 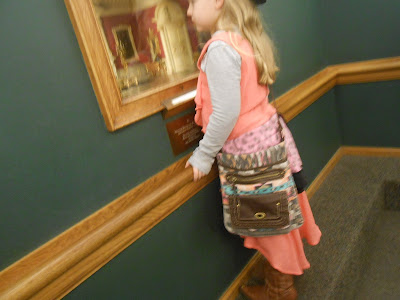 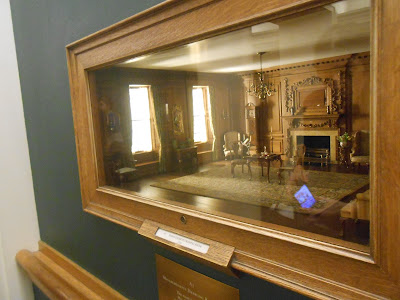 In The Kitchen with David Venable

Here's the thing about having Ross living here. I watch things on television that I WOULD HAVE NEVER watched. Thanks to him, I became a fan of Man Men, Sons of Anarchy, and Entourage. All series with GREAT writing, wonderful characters.

On the other hand, he also brought an obsession with The Bachelor -- and In The Kitchen with David Venable on QVC...
WHA??

Honestly, without Ross -- I never would have known anything about these television shows. I will spare you our Bachelor observations (even though, every Monday night, I am rolling on the floor with laughter...)

But, last week, on In The Kitchen with David Venable, I learned about a Panade. AND I REALLY MUST SHARE THIS TREASURE!!

Here's the amazing thing about food. THERE IS ALWAYS SOME NEW DELIGHTFUL TREAT...just around the corner!! You've gotta love it, right?? I am completely amazed that I lived for all this time, and never even heard the word, much less ATE this amazing, cheesy deliciousness...!! It is THAT good...

David was showing off the QVC Le Creuset dutch ovens with a fabulous Panade. It starts like french onion soup -- sauteing and stewing a bunch of onions until they are golden and delicious, then layer the dish -- onions, stale bread, cheese, broth...repeat. Bake in the oven until it all comes together - like a delicious cheesy onion soup souffle, with bits of crispy, crunchy bread and melted cheese.

Here's a link to the recipe I used: Panade Recipe I love any excuse to get out my Dutch Oven...and I made some modifications. I left out the Swiss Chard, and I added a lot more cheese. Also, I added about 8 oz. of cooked spicy hot sausage to the beef broth...which gave it a nice kick.

I got lucky my first time out -- because it was DELICIOUS. I really had no clue how much broth to add in relation to the bread I used. The bread absorbs the broth, and really puffs up. I wanted it to serve like a casserole rather than a stew...and IT WAS PERFECT.

I made a huge pot, and the good news is that the leftovers were also delicious!!  (just a quick nuke, and the cheese got all pully again...YUMMO...)
at 2:00 AM No comments:

Lilly and I enjoyed our walk along the Magnificent Mile Saturday morning. We had to be back at the hotel by Noon to meet a mystery guest...(only a mystery to Lilly, of course)...

It was 10:00 Friday night when we left the Shedd Aquarium...so we got to bed late. All the excitement of the first day, the train ride, the Shedd event...we were tired. (I was, anyway).

We fell asleep quickly and had a WONDERFUL night's sleep. I woke Lilly up at 8:00 so we could get our Saturday started. Our only FULL DAY in the city, I had a lot planned, and THE DAY'S A'WASTIN'!!
Years ago, when my sisters and I went to Ireland, we wanted to buy souvenirs for our families , and I remember the joy I felt when we found an Irish grocery store. SOUVENIRS TO EAT are simply the very best idea. Because nobody really wants a snow globe or a t-shirt...but everybody enjoys a pot pie in a tin can, a different potato chip or snack cakes from a foreign country...
at 2:00 AM No comments: