One of the best things about my job with Sew Expo was making FIVE NEW SPRING OUTFITS. It was always fun to plan them, and sew them, knowing that the audience there was the MOST OBSERVANT, APPRECIATIVE sewing audience in the world. I'd blog about them in advance, then, at the show -- everybody would stop me and make comments...always kind comments. Nobody ever said, "those pants make your butt look big".

And my TMBC crew is the BEST.  They know that for the last two weeks, I've been working like crazy -- Franken-sewing my outfits for the QM in Salt Lake City.  When I invited them to the preview-breakfast-fashion show...I warned them that ALL THE OUTFITS MADE MY BUTT LOOK BIG...

They all came anyway...and kept that comment to themselves.!

On Wednesday, I was leaving for Spring Quilt Market in Salt Lake City. So, on Tuesday, I invited the TMBC out for our first PORCH PARTY of the year!!
Everybody is waiting for me to do my Salt Lake City Style Show...
at 2:00 AM No comments:

It's Memorial Day Weekend.  Although this has become the official "kick-off" weekend for the summer -- it's a lot more than that.

Nearly 150 years ago, Memorial Day— first called Decoration Day— was set aside to decorate the graves of the men who’d recently died in battle. America was still reeling from the Civil War when Gen. John Logan, national commander of the Grand Army of the Republic, issued a proclamation in 1868, according to a PBS account of his decision.  “The 30th of May,” he declared, “would be an occasion to honor those who died in the conflict.”

This photo, and the linked article, I'm a veteran, and I hate "Happy Memorial Day"...made me think. 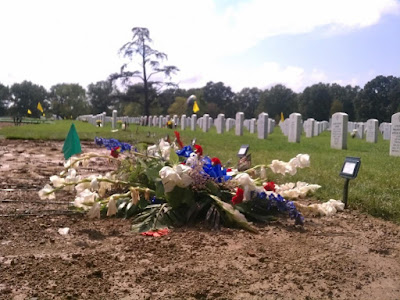 https://www.washingtonpost.com/news/checkpoint/wp/2015/05/22/im-a-veteran-and-i-hate-happy-memorial-day-heres-why/
at 2:00 AM No comments:

Quilt Market and Salt Lake City was a WONDERFUL TRIP....and I will be blogging about it for at least a month!!

But, if you're doing your life right -- the best part of travel is GOING HOME. I cannot tell you how happy I was to sleep in my own bed...

My suitcase wasn't even unpacked before I went to pick up Warren. I missed my Warren Wednesday last week...and I'm sure I missed him more than he missed me.... 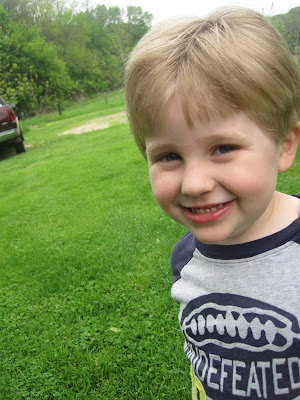 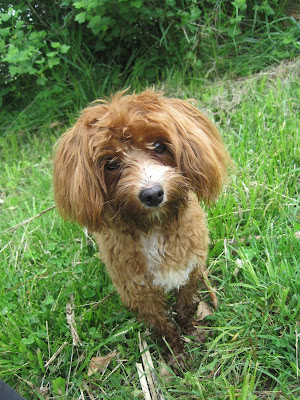 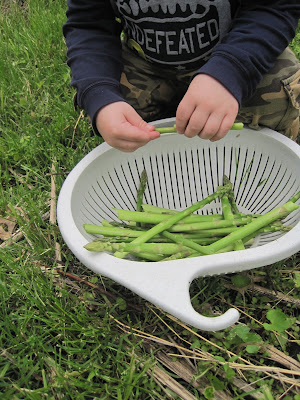 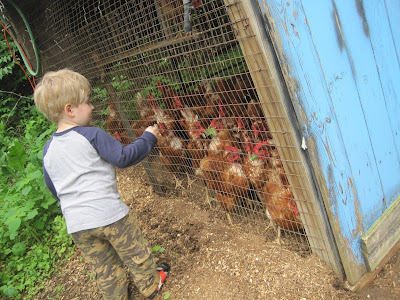 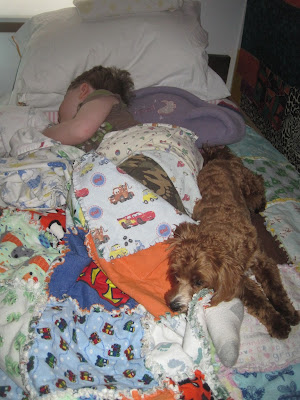 This weekend, I will unpack my suitcase, download my Salt Lake City pictures...and get back to a normal blogging schedule. Whatever that is...

Carver, Roy James (December 15, 1909–June 17, 1981) –industrialist and philanthropist—was born to James R. and Laura (Risley) Carver in Preemption (Mercer County), Illinois. He graduated from high school in Moline, Illinois, in 1927; earned a B.S. in engineering from the University of Illinois in 1934; and then worked as a highway engineer for the state of Illinois.

During the Depression, in 1938, Carver, with his brother Ralph, founded Carver Pump Company in Matherville, Illinois. Specializing in self-priming pumps, the Carvers' fledgling business soon had the opportunity to supply the U.S. and Allied navies during World War II. The United States' entry into the war in 1941 coincided with Roy Carver's decision to buy out his brother's interests in Carver Pump. The need for a larger production facility for pump manufacturing precipitated a move to Muscatine, Iowa, where Carver purchased an abandoned sauerkraut factory.

Muscatine would remain the center for Carver's business operations as well as home for him and his family. Shortly after his move to Muscatine, Carver married Lucille Young in 1942. They raised five children. Carver Pump remained part of Carver's business assets until his death in 1981, but Bandag, Inc. became synonymous with his success.

In 1957 he purchased the North American rights to a "cold" process for manufacturing tires. The "cold" process, invented by Bernard Anton Nowak, cures or vulcanizes rubber tires at lower temperatures than other retreading processes. The name Bandag is from Nowak's initials (BAN), D for Darmstadt (Germany), and AG–the German notation to signify incorporation. Upon Nowak's death in 1961, Carver purchased worldwide rights for the retreading process. "Cold" process retreads proved stronger than tires vulcanized at higher temperatures, but it would take considerable research by Carver's team in Muscatine to develop a tire line that performed to market expectations. Hence, Carver Pump subsidized Bandag in the early years, and Carver is quoted as saying, "We almost brought the Carver Pump Company to its knees during the time we were developing the product [tires] and preparing it for the American market.

"Research brought key, industry-wide developments, and Carver established franchises, which by the late 1970s would expand to more than 850 dealerships in more than 50 countries. Throughout the 1960s, Carver led Bandag's day-to-day operations and guided it to going public with its stock in 1968. By the early 1970s Carver had positioned Bandag among the top American corporations. In 1973 sales reached $95 million and earned the company the 909th spot among Fortune magazine's top 1,000 companies. In 1980, one year before Carver's death, Bandag achieved $331 million in sales and netted $27 million in profits.

At the time of Carver's death, Bandag remained intact under family leadership. Risk-taking, entrepreneurship, and hard work characterized Carver throughout his life. In addition, in the last decade of his life, Carver became known for both expensive tastes and philanthropy.

Steadily, through the 1970s, Carver withdrew from Bandag's daily operations and other business endeavors. At the same time, after separating from his wife in 1972, Carver cultivated a flamboyant lifestyle, with airplanes, yachts, and cars, and homes in Cannes and Miami. Still, Muscatine remained home, and Iowans became the primary beneficiaries of his philanthropy.

The Muscatine Journal noted, "He took pleasure in helping others."Although Carver's philanthropy ranged outside of Iowa, including contributions of nearly $200,000 to Richard Nixon's presidential campaign and $1.5 million to Augustana College (Rock Island, Illinois), his focus remained on Iowa. In 1971 he began a legacy of generosity to the University of Iowa with a gift of 85,000 shares of Bandag stock valued at $3.5 million. Carver's gift became the university's single largest gift to that time, and was the first of several to the university.

He played a key role in the development of the University Hospital, endowed professorships, and athletics. The Roy J. Carver Pavilion of the University of Iowa Hospitals and Clinics and Carver-Hawkeye Arena remain among the most visible legacies of nearly $10 million in contributions by the time of Carver's death in 1981.

Carver died of a heart attack in Marbella, Spain, at the age of 71, and was buried in Muscatine's Greenwood Cemetery. His death drew much attention to his wealth, which in 1981 was estimated at between $200 and $300 million.

Carver left one-quarter of his wealth for the purpose of a charitable trust, the Roy J. Carver Charitable Trust, which was established in 1987, after nearly five years of legal proceedings. Located in Muscatine, the Carver Trust became the largest philanthropic foundation in Iowa, with assets valued at $300 million in the early years of the 21st century. Through the trust, the University of Iowa remains a recipient of Carver's goodwill, along with other charitable, educational, scientific, and cultural endeavors in Iowa, as he specified in his will.
at 2:00 AM No comments:

The Splendid Sampler™ is an internet sew-a-long created by Pat Sloan and Jane Davidson. It is an EPIC sew along...
The new block designs come out twice a week....on Sunday morning and Thursday morning. I'm doing this with my TMBC...and, therefore, it is my pleasure to BLOG ABOUT IT every Wednesday.

Last week was different because I was leaving for Spring Quilt Market in Salt Lake City...so I invited the girls out to my house for our annual summer porch breakfast.  That way, I could do a little fashion show and share the FIVE NEW OUTFITS I made for Quilt Market...

Coming soon -- pictures of my porch fashion show, and then pictures of those outfits at Quilt Market...SEW MUCH FUN!!
at 2:00 AM No comments:

A couple of months ago, TMBC took a day trip to Peoria, Illinois...and, of course, we stopped at the local Goodwill store...

I found a brand new beautiful cotton bed sheet (queen size)...for  $3.38....
Although it just about whipped me -- I was DETERMINED to frankensew it into a dress for ME. Yep. I did it. And it was packed up in the bag to go to Spring Quilt Market in Salt Lake City...

Before the trip, I had the TMBC breakfast on the porch, so I could do the official Quilt Market Style Show.... 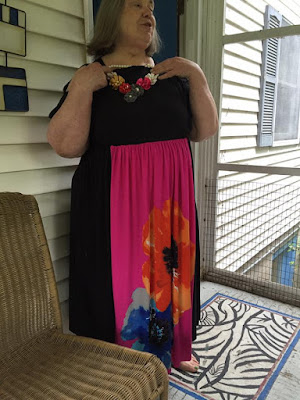 There were five official new outfits!!

I'm just getting home from Salt Lake City...and it will be a few days before I get the pictures out of my camera....but you won't believe it...
at 2:00 AM No comments:

I live in a small-ish house. There is only one eating area -- IN THE KITCHEN, AS IT SHOULD BE...(lol). And that table is a few steps away from our living room.

There is one long hall -- leading to two bedrooms and a bath. For many years, this wall has been hosting my ever-growing collection of embroidered samplers. I love looking for them, finding them, buying them, and living by their wisdom...
But, ALAS, (I am always delighted when I get to use the word Alas)...CHANGE IS GOOD. (somebody ought to embroidery that on a sampler, eh?)....

And it's time for a change.

Lilly and Warren are here a lot.  They love coming to Grandma's house, and I love having them.  But I know this is just a chapter..a short-lived phase that will be over in a blink.

I'm trying to enjoy every minute.  And I want the wall to be about them.  So -- the wall has been evolving...

When Lilly makes a picture, I want to hang it in a place of honor...
Carrie helped me take down all the samplers. I could never part with them, so they will be stored in the basement. Lilly and I are working on the new wall. It's already been a month. This project is evolving, and I'm fine with that. She is hammering in the hanger/hookie things all by herself. Turns out, small hands are much better at that job than large ones...

We hang a few new things, then re-arrange them as other new things come into our lives...

Maybe Lilly and I will make our own version of a "sampler"...it will say, "Change can be hard. But if you're doing it right, CHANGE IS GOOD."
at 2:00 AM No comments: